There is no light...

From the desk of.. 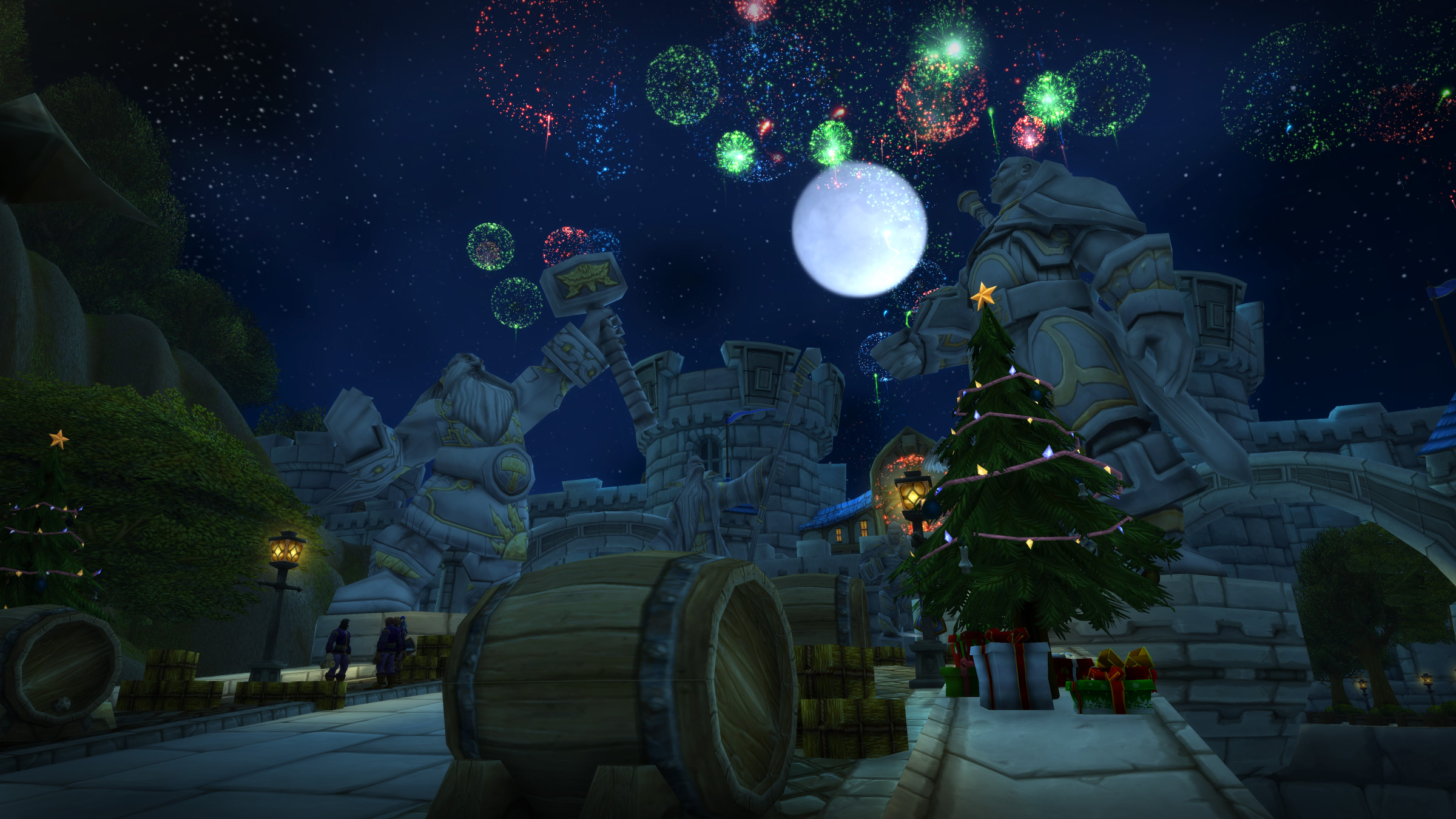 What do we have in store for you this year? Stuff. Haha. We have more involvement in the MG community to look forward to (you might have noticed already), we have moved our guild to live in Westfall and it seems as if that is a better fit for us as a whole. This gives a gentle nod to the past 8 or so years of stories that we have done in Duskwood as we position ourselves for a future together that fits us.

New banner who this?

On the forums, you will see the Barony of Southwatch grow in detail as our Guild leader and guild members world craft and build. You can see that here.

In-game, you will see your calendar have meetings scheduled with the guild leader and server events posted to foster in-house and the ever-important world Roleplay.

For the first part of this year we will focus on creating what we want to Knights/squires to be and the Defenders to be.

PVP has bitten us in the buttocks and I will add a note that if you want to pvp but don’t know how or think you are not good, it is alright to say something. Some people battleground, some people arena, and some people RBG. There is a spot for -everyone- if you are curious enough or willing.

As a guild, as a group, we have been together since 2009 (roughly) and that is a long time. Along the way we have welcomed new friends, welcomed back old friends, and figured shit out as we went. Here is my wish for many, many more years with all of you. Together. This our home.

Glitter bombs and all. 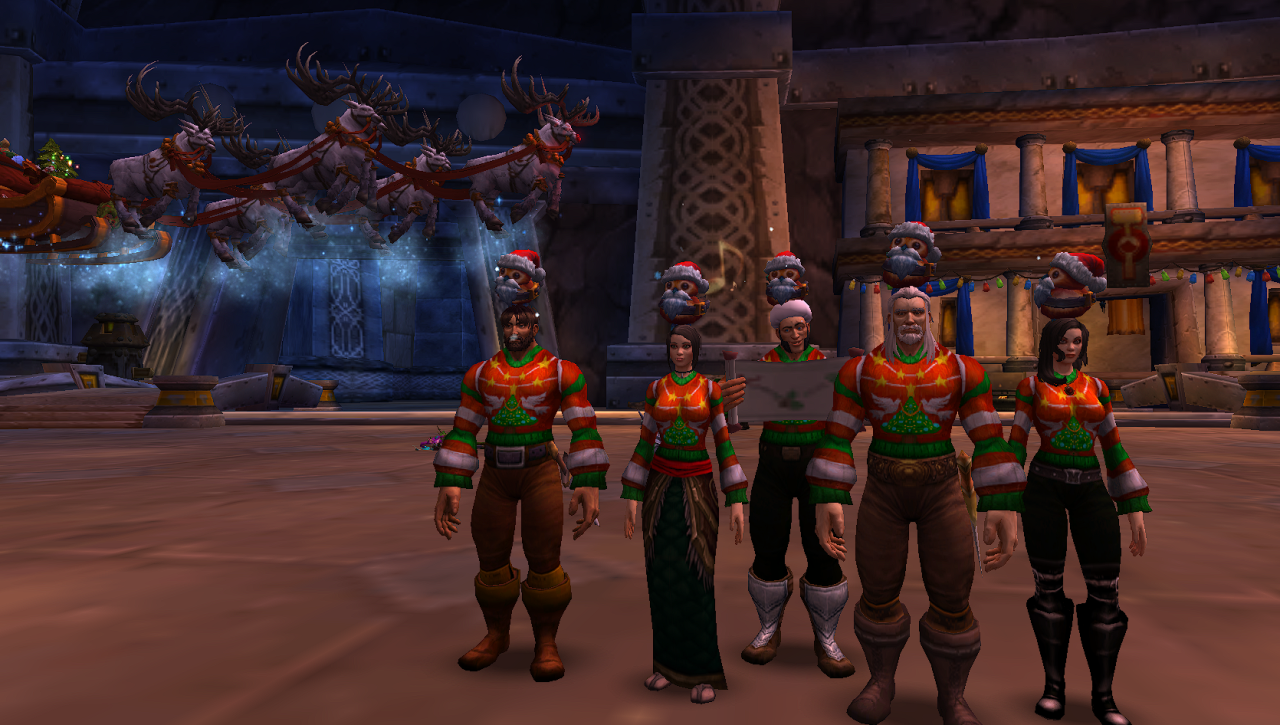 "A few questioned the legitimacy of his vassalage contract promising him this appointment, while some brought up issues of unqualified ministers being elected even though Duke Colfax seems to have every qualification necessary to perform the duties of the ministerial position. Regardless, Lord Colfax consented to an election after Araian Sunshield, scion of House Sunshield and Knight of the Silver Hand, put his name forward to run against the Duke so that there were at least two candidates on the ballot. Duke Montclair requested those interested in the next round of elections for ministerial positions submit letters to him. With this final matter concluded, the session of Parliament was adjourned."

The Call to Courage 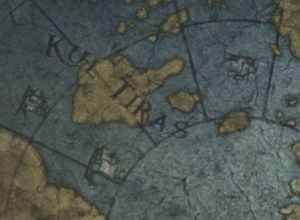 I admire the efforts you have put towards the search of your father, Sir Raito Senata. And, it is with regret that I write to you with this information.. But perhaps it will bring you some peace. Light knows we could all use a bit of that during these difficult times.

Sir Raito Senata was last seen deploying to the Kingdom of Kul Tiras in the final months of the Fourth War. A final contingent of our King's finest meant to secure the islands and offer assistance to a war-weary nation. Unfortunately, we do not have any further records pertaining to Sir Raito Senata's whereabouts following his arrival to the port of Boralus. He has been listed as Missing in Action since then.

Light be with you, 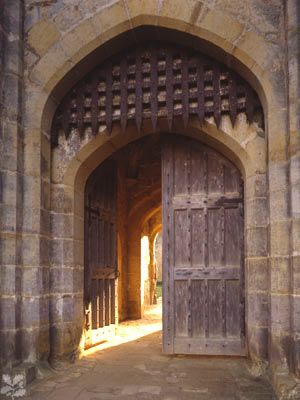 "Open the gates, it's a friend! Send for the Lady!" A guard from atop the gatehouse called out, and the mounted nobleman waiting below before the castle offered a grateful nod as he steered his charger towards parting gates. The visitor in question? Lord Araian Sunshield. A man of middling years, his face a mask of cordiality as he lifted the massive war hammer held in hand to gesture the small party of mounted men with him forwards. A black tabard worn over his breastplate, and a golden sun paired with crossed blades emblazoned upon his chest.

Horseshoes struck upon now cobbled ground as they passed beneath the archway into Southwatch, the sound reverberating loudly off the castle walls and they soon filled the courtyard. Though it was dwarfed in size by castles such as those along the Gold Coast and elsewhere throughout the realm, Westfall's Southernmost holding was still impressive. It had weathered through the enemies of Stormwind since the Gnoll Wars, often times rebuilt and improved upon to prepare for the next enemy of the people of Stormwind's breadbasket. Stablehands rushed to greet them as they gathered around the fountain centered in the courtyard, barren of any water in its basin. An eager boy held his hands out for the war hammer Araian held as the lord moved to dismount. unfortunately the boy crumpled under its weight the moment Araian let go and the head struck the stones at their feet with a metallic 'thud!'.

"Oof! Pardons, milord! How you swing it, it's too heavy!" The boy exclaimed, struggling to lift the weapon from the ground with little success. Fortunately, Araian was there to lend a hand and retrieve the weapon after his boots struck the ground. "It is as heavy as it needs be. The weight is a reminder to never swing it without due cause, for there is no stopping it once done so." His free hand ruffled the boy's hair before handing over the reigns of his charger along with a silver coin. "Thank you for looking after him for me." The young boys eyes lit up at the glinting bit of metal in his palm as bobbed his head a half-dozen times in gratitude. "Yes, milord! Thank ya! Never been this close to a paladin's horse before! My friends in Brushwind will never believe it!" Before long the boy and the rest of the stablehands had gathered their mounts to be watered and looked after. In the interim while awaiting the Lady of the castle, the paladin's stare swept over the interior of the castle. Many a metal note taken as each building surveyed. The fortress was in a better state than he'd thought it was, thank the Light.

"Araian Sunshield!" A woman's shrill voice pierced his thoughts and he'd wheel about to face the Keep as those double-doors threw open. A short, elderly noblewoman at least thirty-years his senior, stormed down the steps and towards them. Araian was already moving towards her, fearful she'd fall. "Four weeks! Four weeks since I've written you and out of the blue you show up just like that! Just like that!"

Araian's head was already bowed in deference to the elder noble, fighting the smile that threatened show and mark his doom. "Forgive me, my Lady. My delay was King's business."

"I know. But I also knew you would come when you could." Tension if there ever was any vanished in an instant and Lady Dorenshire of Southwatch was all smiles as she threw herself at Araian's frame seeking a hug. "Thank the Light you've come. Everything is prepared of course as we discussed.." Her stare peeling itself away from his features and to look around the castle that had been her home for the better part of her adult life. "It is good to see you again, my Lady. I keep your husband and your son in my prayers always." Araian replied, his towering frame enveloping the smaller woman in as delicate a hug as his armor would allow, worried he might break the frail woman should he squeeze too tight.

"Thank you, my friend. Were they still here we wouldn't be meeting under these circumstances, but I am glad to see you regardless. Come, come! You must all be thirsty riding under the sun all morning." Her hand stealing his free one before he could object and drag their party towards the keep.
0 Comments 2 Likes
Share

OPERATION BRIEF:
Operation: Anchorwake will consist of the operation’s naval force departing from Stormwind Harbor on November 10th, 41 LC, where it will deploy to the coastline of the Barrens on November 11th, 41 LC. Alliance forces will be escorted by the Horde, at a distance, to Northwatch Bay, where Alliance command intends to demand terms of surrender from the Northwatch rebels.

Should the rebels fail to surrender, the Alliance will engage the rebellion with the intent of retaking Northwatch Hold. Alliance forces will also be sent to secure other Northwatch holdings, including the mines of Dustwallow Marsh.

Any captured rebel leaders will be tried for High Treason against the Alliance. Once Northwatch Hold is secured, the Alliance will promptly send more than half of its naval fleet back to the Eastern Kingdoms, leaving a lesser force to aid with the recovery, defense, and reconstruction of Northwatch Hold.
0 Comments 0 Likes
Share
Load More

Online
There are no server alerts.